I’m so excited to be re-joining the Sneak Peek Sunday blog hop as I celebrate the release of my new 1920s romantic mystery It Had to Be You on April 7th… tomorrow!!

Just a few bits of news before we plunge in.

I was thrilled this past week to find It Had to Be You listed on the “Not-Your-Usual-Historicals” list for April at Heroes and Heartbreakers.  If you enjoy historical romance, check out their list of  new releases.

Also, for anyone who’s out and about this week, I’ll be a guest blogger on Tuesday, April 8th at the Carina Press blog.  I’ll be talking about—what else?—classic movies and how they inspired the setting and characters in It Had to Be You. Pop in and leave a comment. I’d love to hear from you!

And now, on to Sneak Peek Sunday!

Welcome to the Roaring 20s! 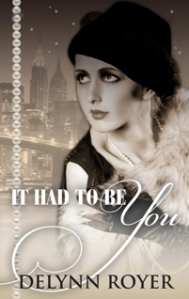 New York City, 1924
Determined to pursue her dream of becoming a crime reporter, heiress Trixie Frank believes she’s off to a running start when she lands a job at the most successful tabloid in Manhattan. Unfortunately, her high hopes fade fast when she’s assigned to the rewrite desk.

Sean Costigan is a demoted homicide detective on the commissioner’s blacklist. The last thing he needs complicating his life is a perky debutante with delusions of becoming the next great American journalist. Too bad she happens to hold one of the keys to solving his latest case, the Central Park murder of a notorious gangster. The other key? Sean’s childhood sweetheart, the victim’s widow, who has gone missing.

Sean soon has more trouble with dames than any good man deserves. But that’s the least of his worries. When he suspects deadly corruption within his own department, it’s not just his and Trixie’s careers that depend on finding the killer. It’s their lives.

In today’s peek, Trixie Frank is having a bad morning. She overslept and she’s late for work. But her dismal career prospects just may be about to take an interesting turn…

Detective Sean Costigan is coming off an all-night murder investigation with no sleep, but he’s got one more witness to talk to, a hungry young tabloid reporter who once earned her byline at the expense of his Brooklyn brothers in blue…

As telephone bells jangled over the chatter of newspaper staff and the clacking of typewriter keys, Sean followed the girl reporter past rows of occupied desks in the bright, busy city room of the New York Morning Examiner.

Trixie Frank wasn’t what Sean had expected. Not that he’d known precisely what to expect. She was the daughter of Wilhelm Frank, who, along with his brother, owned the Frank Brothers Five and Dimes, a chain of about ninety stores across the country. What was the daughter of a multi-millionaire doing working for the sleaziest jazz sheet in town? She couldn’t be serious. This had to be the passing fancy of a bored debutante. Right?

He caught himself sizing her up from behind, taking measure of slim calves and trim ankles below the hem of her light wool coat. Nice gams, he thought and scowled at himself for noticing. He was beat. Otherwise, he’d know better than to look. This dame was as uptown as a dame could get. Not his type.

Trixie led Sean to a small desk in a remote corner. She took off her coat, hung it on a rack and smiled. She was more than just a pretty girl. She was stunning, with pristine white teeth and wide blue Clara Bow eyes that seemed to say, “Gee whiz, who, me?” But Sean wasn’t fooled. She was hoping to get something out of him.

Well, that was copacetic because he intended to get something out of her too.

“Be it ever so humble,” she said, tossing her purse down next to a Remington typewriter. “Pull up a chair.”

So, what do you think? Could this be the beginning of a beautiful relationship? 🙂

For more fun sneak peeks, be sure to hop on over to SNEAK PEEK SUNDAY HERE!

IT HAD TO BE YOU
BUY LINKS:

Permission to reproduce this text was granted by Harlequin Enterprises Limited

It Had to Be You – Copyright © 2014 by Harlequin Enterprises Limited

8 thoughts on “Sneak Peek Sunday … It Had to Be You” 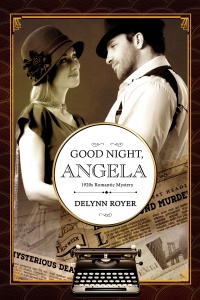 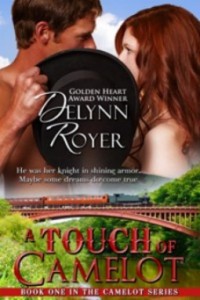